The Art of Death Stranding in Ukrainian

The publishing house MAL`OPUS pleased Ukrainians with the artbook the Art of Death Stranding recently. What concerns us, we are proud to be a part of this event since the translation was done by SBT Localization. 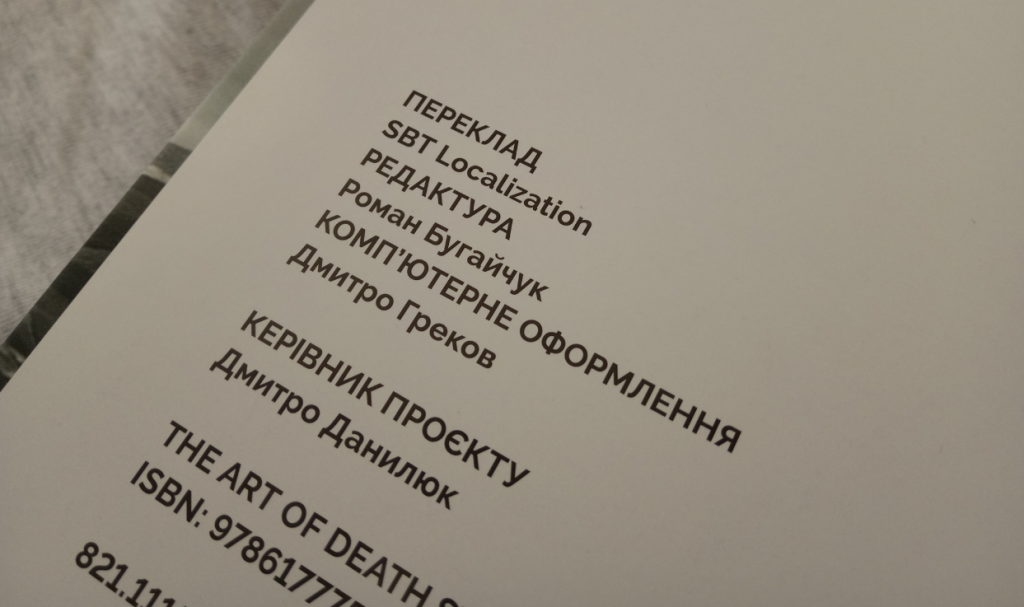 “The Ukrainisation of the part of the world of Death Stranding was both exciting and challenging”, recalls Andrii Pekar, the manager of this translation project, “however, we are extremely proud of the result and delighted that Ukrainian players can read the art book in native languages.”

The main feature of the project was the fact that the game still has no Ukrainian localization, which meant we need to adapt almost everything: from the characters’ names and geographic locations to the phenomena and technologies. At the same time, we had to ensure the reader, who used another language while playing, will grasp what is meant and will fell the bond with the world.

Besides, some bother was brought about by the situation (or even a trap) we encountered: work on the art book started before the game release. Therefore, we were forced to do it blindly for a while, focusing only on public information and having no idea of the plot. When the game was released, we had almost no time to completely and thoroughly play it; so to adapt some elements, we were about to watch the final video and read spoilers. 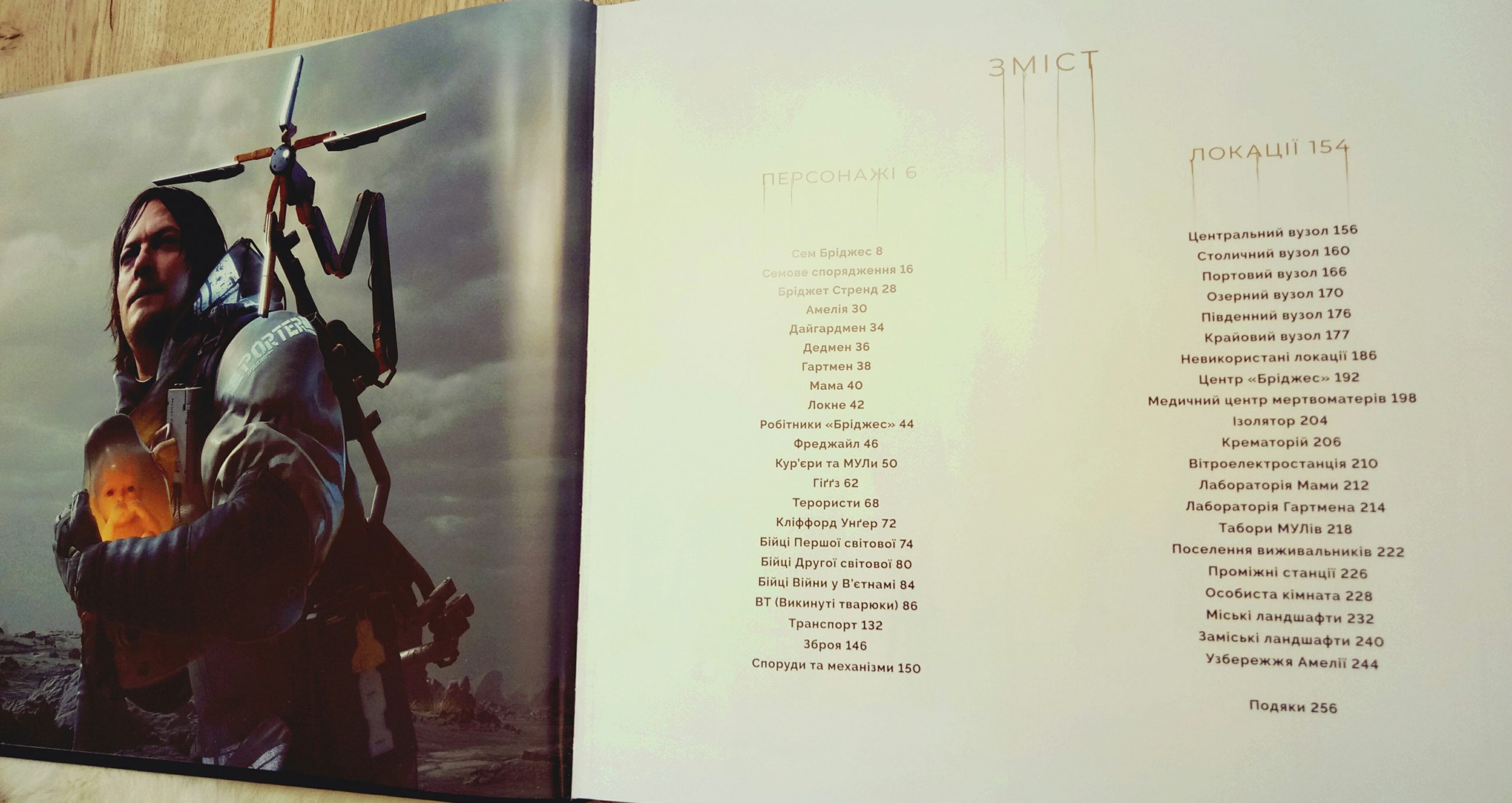 It was pure coincidence I got the art book “The art of Death Stranding” recently. I was not that lucky with the game itself due to the absence of PS4 console, but for the summer release on PC, I decided to prepare and get acquainted with the world of Death Stranding with help of the concepts and illustrations in the book. The over 200-page thick book introduces the reader (or the player?) to the characters they will encounter in the game, tells you about the places to visit, the creatures the character will encounter in their travels, and the technologies they will interact with. The vivid illustrations show not only the elements that were in the final version of Death Stranding but also some ideas that have been altered or eliminated in the development process. I cannot say that everything in the art book “The Art of Death Stranding” was 100 percent clear yet, as it was already mentioned, I did like the book itself. I am inclined to believe it is a valuable gift for the admirers of Hideo Kojima.

My big sincere thanks to the publishing house for the translation and release of this book in Ukrainian. Last but not least, thanks to SBT Localization for this kind gift.

Mykola Oros, winner of the giveaway organized among our donators on Patreon

When I had my copy of “The Art of Death Stranding”, I could not believe my eyes and could not stop asking, “Have we done it?” As soon as I touched it, I could not believe my hands that voluminous and impressive it was. I immediately removed the packaging and opened it. The odour of fresh ink and the quality of printing have captured my attention. One can explore the artbook for hours and notice new, imperceptible details each time. The format of the artbook makes you comfortably sit on the couch or at the table while delving into this masterpiece. Otherwise, you simply cannot hold it. Nevertheless, I am extremely pleased to see the Ukrainian language on its pages. I am of the opinion SBT Localization can boast of this project, confidently and proudly mentioning in the portfolio.

I was utterly amazed at the pages with creatures’ images since the authors managed to fire my imagination and made me get goosebumps. It was also stunning to see those concept arts that could be present in the game as if you looked at old and familiar things in a new way, which had got a second life.

Cutting a long story short, the impression of the artbook is only positive, mostly due to the Ukrainian language in it, which, in my opinion, makes this publication even more valuable. That is why I would like to express my gratitude to the publishing house MAL`OPYS for the opportunity to create another Ukrainian Universe.

We are so pleased to read such reviews, as well as watch video reviews. Warm thanks to the publishing house MAL`OPUS for this fruitful cooperation. Hopefully, the ensuing projects will be as breathtaking as the previous one.

The Art of Death Stranding in Ukrainian