Greetings! We’ve been hard at work to make great Ukrainian localization become as abundant as spring rains. Come take a look at what’s going on in SBT’s little cloud.

Rejoice! Our Ukrainian localization has been added to Curious Expedition. This little gem of a game is available Steam and other online stores.

If for some reason you’re unsure, there’s a demo available for you have a gander at. Be aware though that there is no way to set the language within the demo. It is chosen automatically depending on your browser settings and, possibly, IP address. So, to enjoy the Ukrainian localization, you will need to buy the game. 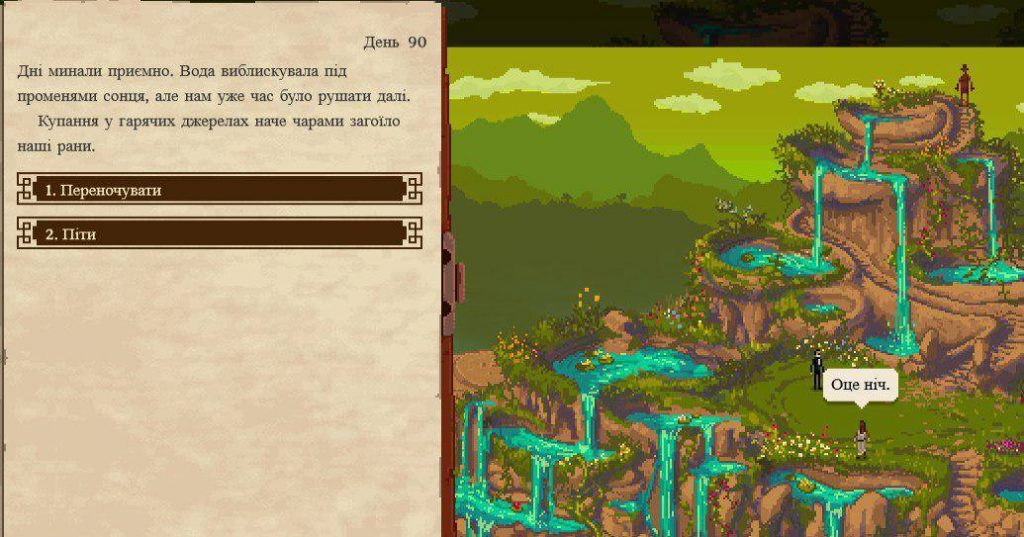 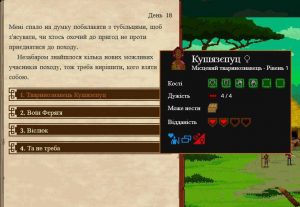 Thus far, only half of the text has been edited, but we believe we will polish and update the localization by June. We are thankful to developers for cooperation and wish them success in the Ukrainian video game market.

We indeed have fallen behind on this project, but rest assured it is not for long. FYI, French, Brazilian, Italian, Spanish, Turkish, and Japanese localizations are still in the works, too.

Kudos to this month’s top contributors on this project—Iryna Selina and Tetyana Khvastova. 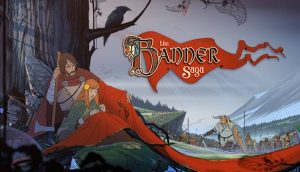 Ukrainian localization of The Banner Saga is gathering pace. It took some “incentivising”, but hey, this is how things work in this world. In April, translation of dialogues for The Banner Saga 3 was going at a steady 3% pace, while the progress on common strings jumped by 6%, reaching 23%.

Our heartfelt thanks go to this month’s top contributors on this project—Yurii “Dragon” and Dinadin Cross.

The progress on another juggernaut project of ours—Kingdom Come: Deliverance was not as significant as we’d hoped, but at almost 8% it was still above the March figure. And we are proud to announce that the project is overall 54% complete. 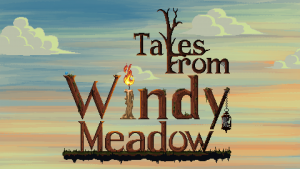 Visual novel Tales From Windy Meadow got some more love in April. A few volunteers joined in, and things got rolling. Presently, the game’s Ukrainian localization is 37% complete, a pretty substantial improvement from the earlier 16%.

For those enjoying Ozark, episodes 2–4 were made available in Ukrainian in April. Yanis Verminko handles translation of the series on behalf of SBT Localization, and AndrianZP and a host of other actors are busy working on voice acting. 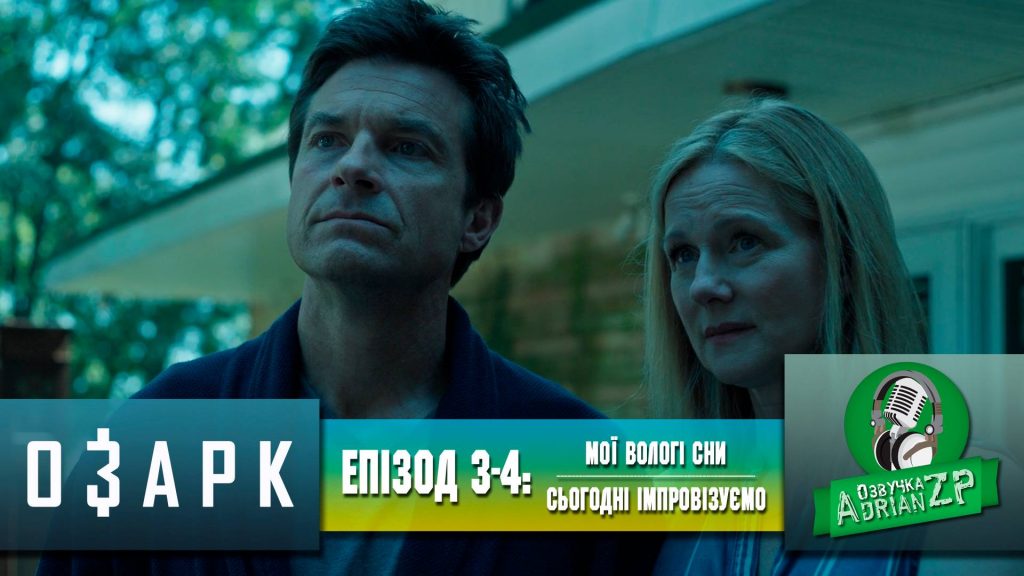 The episodes are available for streaming online or download on Toloka. And to all those who help make Ukrainian translation of the series happen, thank you from the bottom of our hearts! 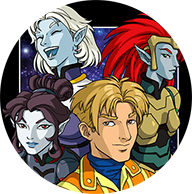 Translation of Jim Francis’s Outsider webcomic continues, albeit a bit slowly. Pages 69–77 were published in Ukrainian in April, but the author has added more since. All currently translated pages are accessible from the Outsider’s project profile on our website.

Since the first chapter of the webcomic is rather big and as yet unfinished, we will publish its first part in Ukrainian in one package for download soon.

Other activities at a glance

We had two streams in April.

On the first one, Yanis Verminko and Sofia Shul played Alien: Isolation, a space survival horror. Sofia was so tense waiting for screamers that the game started freezing, and the stream had to be ended prematurely.

Although the game sadly has no official Ukrainian localization, you can play it in Ukrainian after all. Just buy the game, grab the localization from Toloka, and enjoy!

On the second stream, Yurii “Dragon” played Metro: 2033 Redux. Alone like a real hero he is, resolute and valiant.

The third stream, on which we wanted to play Metro: Exodus, was planned, too. We had to cancel it for technical reasons, but it is still somewhere on our agenda.

In April, we hosted giveaways of The Banner Saga and The Curious Expedition on our Facebook page. As always, the keys were purchased with the money from your donations. Thanks for your support!

Follow our Facebook page and participate in our giveaway of the games with Ukrainian localization readily available and those being localized into Ukrainian. 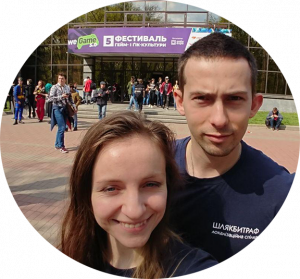 Although not a major event, it held something interesting for everyone.

Olha shared her impressions from the event and some games, such as Neadtherthallica and Empire Patron, in her article published on our website. If you have missed it for some reason, go read it now.

Ever heard of UTICamp? Well, SBT Localization is going to this year’s instalment of the conference. So, if you want to learn about game localization and its volunteer incarnation—be sure to attend and listen to what our very own Tetyana Cherednychok and Ievhen Tkach have to say.

A few translators became official members of SBT Localization in April. From the bottom of our hearts, we wish them success, inspiration, and great accomplishments. 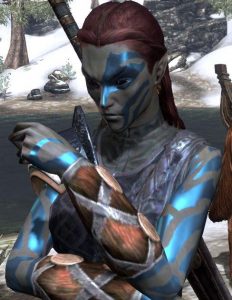 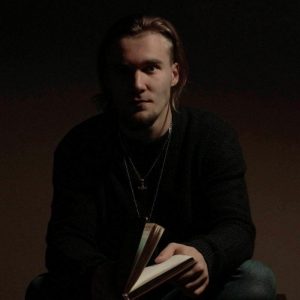 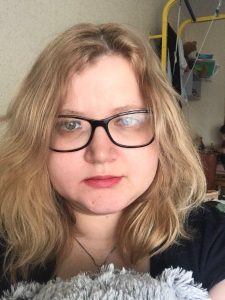 On behalf of SBT Localization we’d like to thank this month’s most active contributors:

We also express our appreciation to other SBT Localization members who contributed to our cause in one way or another: 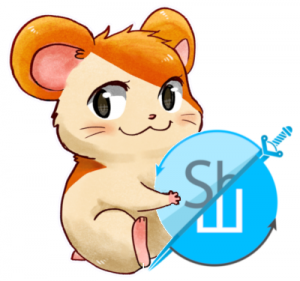 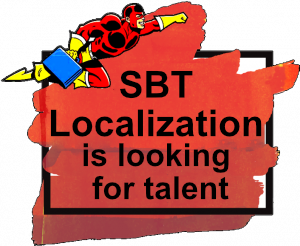 SBT Localization is always on the lookout for new talent. If you are a game localization enthusiast or just want to try, don’t hesitate to contact us through our online form or find us on Facebook, Twitter, or Discord.

At this point, SBT Localization really could use a video editing specialist to help with video reports. If you have time and ability, don’t hesitate to contact us!

Even if you have no time to partake in Ukrainian localization efforts directly, you still can help by donating. Send your donations to acc. No. 5169 3305 1649 7846 (if you do it through a payment terminal, be sure to provide your full name so that we know whom to thank) or support us on Patreon.

AND A SPECIAL SHOUT-OUT GOES TO IRYNA AND YARYNA FROM CROWDIN FOR THEIR SUPPORT!