Last month, our team picked up so many projects that someone has feared we might crack. We won’t crack, for sure. We are SBT Localization, and therefore we do not fail. And we have a truly united and very active team under the watchful guidance. So, we will manage anything, in time and with the highest quality. As usual.

So what did the SBT Localization Team do in October? Let’s see… 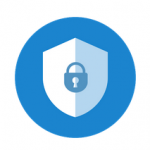 First of all, we’d like to remind that our team has been working on the localization of AppLock – Fingerprint. It can be downloaded from Google Play. The translation was made by Olexandr Lukianov, Anastasia Lelik, Anna Chaika, as well as Oleh OnaHe and Sofiia Shul. 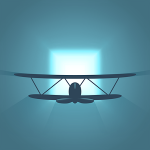 In October, we finished the translation of the small adventure game Loner. Its drama is of a standard genre – love and war – however, it touches the heart and makes you search for a continuation of the story. The Ukrainian localization will be added quite soon, as the developer promised.

Also, last month the Ukrainian game ReSize was released, for which we worked on the English localization.

That’s right, SBT Localization can translate into English language, and during September and October we’ve been working on a secret project, demonstrating our knowledge and skills in English. By the way, due to some specifics of the text and working conditions, this task turned out to be quite a nut – not too hard actually, but still a bit hard. However, we’ve done it well, and got a lot of new experience, unforgettable impressions, and pleasure. 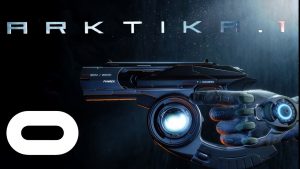 Since we have mentioned secret projects, we will finally tell about one of them. Well, in October ARKTIKA.1 was released. It’s the post-apocalyptic VR shooter from 4A Games. We translated this project into Ukrainian during May and June. This was definitely an interesting experience for us, especially for those chosen lucky ones, who had to go to the studio to get acquainted with the game. That’s where the preference of translators is!

Among everything, we’ve found a bit of time for translation of the Siege of Dragonspear. The progress also touched this giant, as much as 2%. 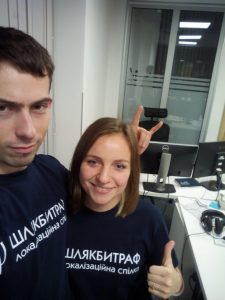 On 07.10.2017 representatives of the SBT Localization Kyiv branch visited the CEE 2017 conference held by the ERC company. Here is what Oleksii “Stravenger”, our activist, has told about the event. “Although the gaming industry itself (which of course is the specialization of the association) was presented fairly poorly, and the exhibition was mainly focused around the hardware part of the game and entertainment process. Nevertheless, we managed to make our presence known, although not entirely understandable to everyone (here, as always, the classical questions arose: What ‘s localization? What does someone do this? And why?).

In my opinion, the most interesting section of the entire exhibition was the children section, where you could see both high-end entertainment devices for children, such as programmable robots or electric circuits along with ordinary wooden block constructors and interactive books. It’s interesting to see how these toys from different eras coexist in our time of change, and the phenomenon of a child playing is one of the most important in its field, because it is through the game that the process of thinking and imagining develop along with the view of the world and surroundings.

Let’s hope that SBT localization will have an opportunity to join this process as well!” 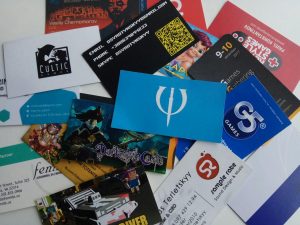 This year’s Casual Connect, which took place in Kyiv October 24-26 at Parkovyi CEC, could not pass unnoticed with the diversity and number of developers with their projects who took part in the event. We asked our translator and activist Olha Khmelnytska to tell about her impression of the Casual Connect. “There were quite a lot of things. Three days of new experiences, emotions, and acquaintances. A huge range of achievements of the gaming industry, a variety of lectures, lots of interesting things, and of course, afterparty. 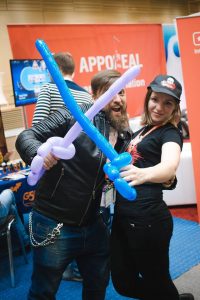 First of all, I would like to mention a few projects that will not leave anyone indifferent: a mobile game from the Belarussian studio AGulev, Bring Me Cakes, which will make you strain your brain; a gorgeous sample of black humor in the Darkestville Castle quest from the inflammatory Argentinean developers Epic LLama; and a VR shooter Guns’N’Stories Bulletproof from Mirovin. Well, it also should be said about the protracted VR project from the Kyiv studio AppMania, which managed to capture the audience’s prize – the horror shooter Death Horizon.

We look forward to future conferences!”

In one word, we were showing ourselves where we could and has started new acquaintances. And not without succes. 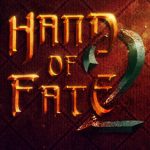 In October, we finally reached Defiant Development, and they gave us the long-awaited text of Hand of Fate 2 for Ukrainian localization. The text size is much larger than it was with its predecessor Hand of Fate, and so the translation will be ready about January 2018. The current progress is 10%. 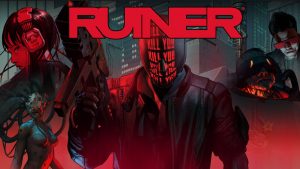 About two weeks ago we were asked to translate Ruiner – a cyberpunk shooter. We just couldn’t ignore developers who are open to localizations, so we contacted Reikon Games. The size of the text isn’t large, and as a result – this game is 73% translated already. We might finish the localization with the beginning of December. However…

We have an opportunity to get a new secret project. It’s rather big, although it is not difficult. So that is that.

A Corner of Fame

October turned out to be a hot month; some translators managed to show themselves on almost all our fighting fronts, and some were stubbornly pecking their favorite project. The whole team picked the rock of games Ukrainization, but the most work was done by: Sofiia Shul, Oleh “OnaHe”, and Oleksii “Stravenger” Ivanov. These people have received symbolic encouragement.

In October, SBT Localization team get another pretty translator – Tetiana Cherednychok. Once again we wish her success and inspiration in the translation. And it’s very nice when the old friends are back to the group. Life can be hard sometimes, and it is good when things go up finally, or turn to the best.

Everyone should already noticed our new beautiful logo. Now we are not “a pitchfork on a blue background” or “something like” Quake. We are who we are – Shliakbytraf/SBT Localization. Taking into account all our whims and caprices, the new logo has been developed for us by Mr. Andrii Boichuk. Many thanks from all our team, we wish Mr. Andrii an endless stream of projects, great patience, and inexhaustible inspiration.

THANKS TO ALL WHO SUPPORT US!