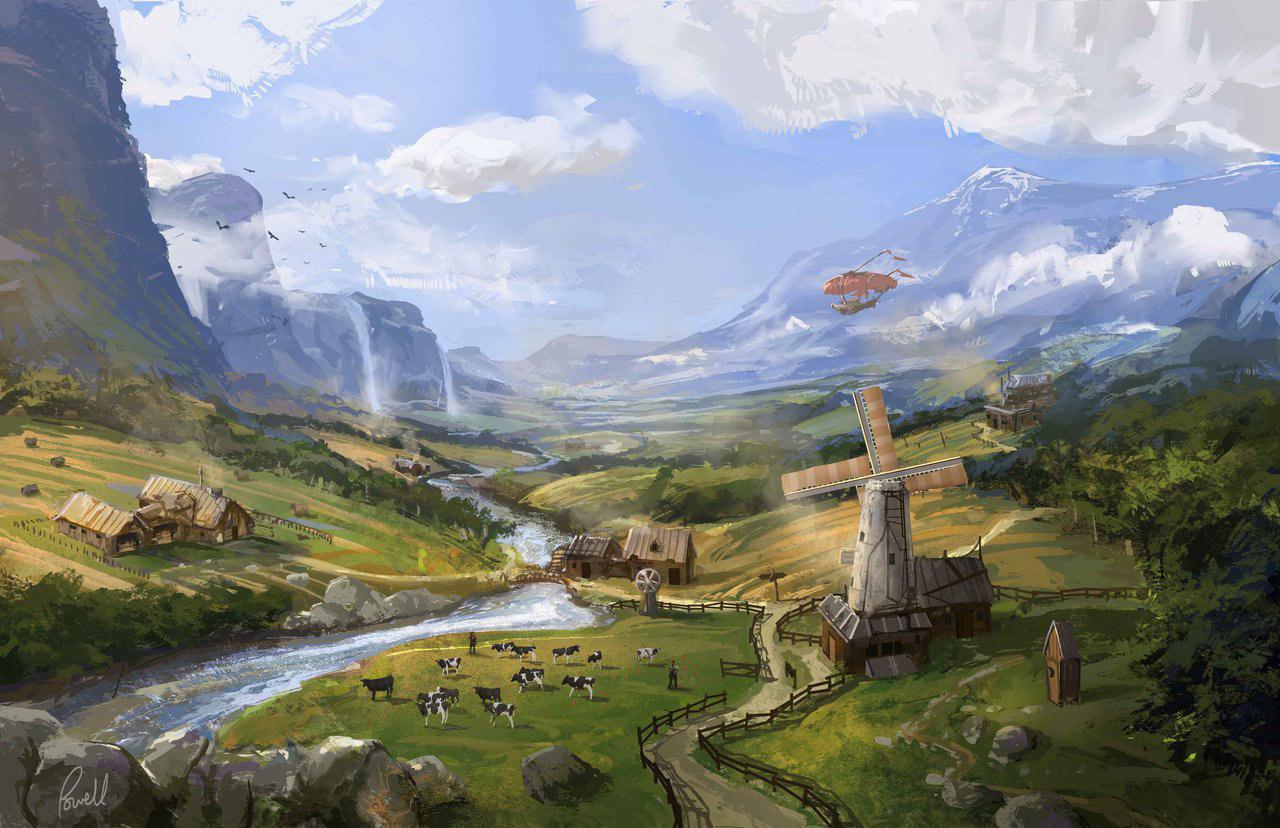 “Don’t go too far, dear! Dinner is almost ready!”
Lyoma Miradan always listens to mom, she is a well-behaved girl. Right now, she is sitting on a chunk of wood and playing with dolls her dad carved for her.
“Here, sweetie, wear this, the wind is picking up,” mom gave her a jacket and went back to the house. Lyoma put it on and put her hands into the pockets, feeling pleasant warmth, while continuing to play with dolls. For example, currently Doris, the brunette doll, was approaching Janelle, the blonde doll, to have some tea together at their little doll table. The jacket felt nice and keeping hands in the pockets warmed Lyoma up. Doris and Janelle sat down, poured some tea into their little doll cups and pretended to drink it.
“Lyoma, come on, wash your hands!”
The girl stood up and ran back home. Dolls kept moving on their own and pretending to have tea. Lyoma was still playing.

Wind was picking up around the outskirts of Pleasant. But in combination with the humid breeze from the lake, it was actually quite… pleasant.
“How long are we going to stay here, Knight Lieutenant Westh?”
“As long as is required to see to the residents.”
“But we haven’t received any reports about Brown Silt victims from this part of Kenlor yet.”
“Exactly, Jorran. Yet.”
The two men dismounted their horses and strapped them near the tavern. The townmaster was already waiting.
“It is a pleasure to greet such honourable guests here in Pleasant! Knights of Aetern are always welcome. If only the circumstances were less dire, good sirs, if I may…”
Jonathan Westh stopped the townmaster, a tall young man with a well-groomed beard, with a hand gesture.
“My name is Knight Lieutenant Jonathan Westh and this is Knight Jorran Lorque. We are here on Order business and would appreciate it if it could be done as efficient as possible.”
“Oh, of course, Knight Lieutenant. What do you require?” townmaster crossed his hands on his chest.
“As you know, the Brown Silt epidemic is currently ravaging the lands. We need to see every person capable of spellcasting on a short notice. If you don’t mind, townmaster.”
“Without question, Knight Lieutenant. Anything else?”
“Yes. Where is Knight Adar Miradan’s house?” 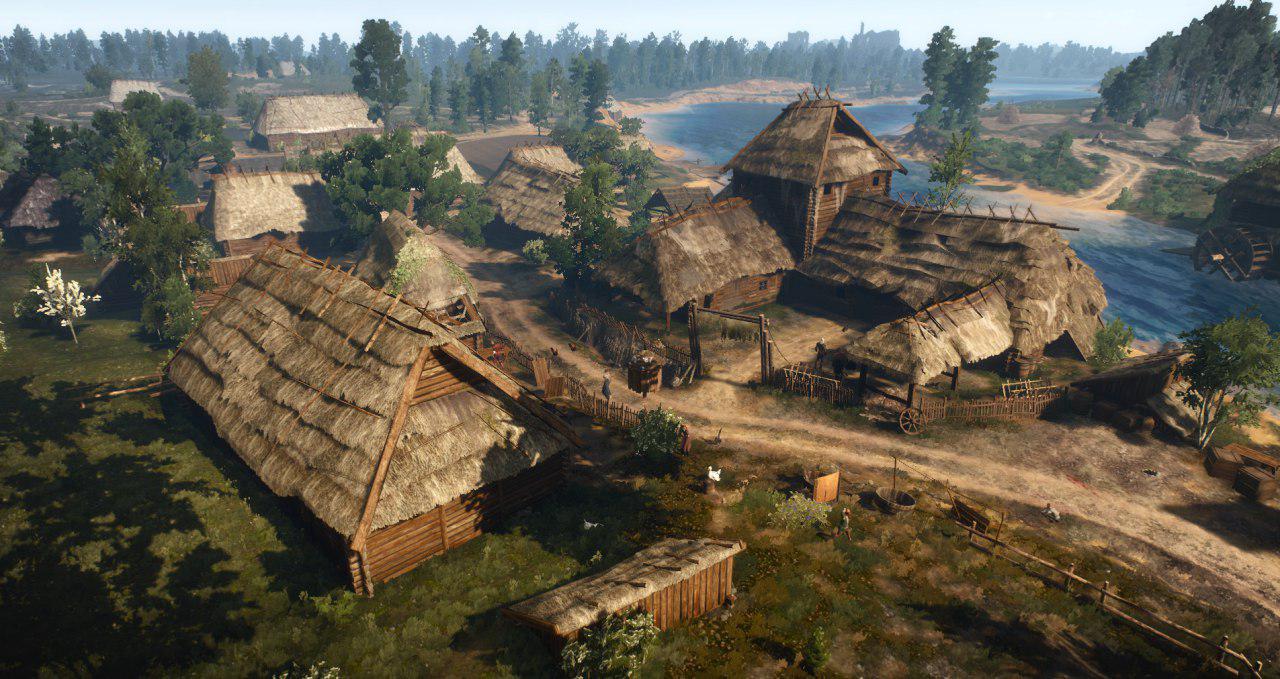 Lyoma had just went to sleep, when Adar saw two White Cloaks approaching his house.
“Are they your superiors?” Kathryn asked.
“One of them is.”
Adar stepped outside and smiled, seeing Westh and Lorque alive and well.
“Knight Lieutenant.” he nodded.
“Miradan. Good to see you. How’s family?” Jonathan hugged Adar and gave him a hearty pat on the back.
“We are well. Lyoma is sleeping already.”
“She is why we are here.” Lorque said.
“I understand. Are you doing it now?”
Westh adjusted his hair.
“The sooner, the better.”

Two hours later the whole of Pleasant was assembled at the town square. Brown Silt has not touched their community yet and everyone was hoping it would stay that way. The wind was getting even stronger. People had to watch their hats so they’re not swept away.
“Are these all the Active of your town?” Westh approached the townmaster.
“Indeed, Knight Lieutenant. Lyoma Miradan, Jon Karster and Lor Fisk.”
Karster and Fisk were not children, like Lyoma. Former was the resident mage of Pleasant, a man of knowledge and wisdom, respected member of the community. Latter was a dwarven girl, currently working as assistant to Karster and, at times, his apprentice.
“Knight Lorque, please conduct a general check.”
Jorran stepped into the crowd and started walking among the people, looking into each one’s eyes. On some he stopped for a few seconds, on some he asked a question or two, but most people he just passed by with barely a look. Then Jorran joined Jonathan.
“No Actives present, aside from these three.”

Westh nodded towards Lor Fisk. Lorque approached her, knelt down and took a deep look into her eyes, then examined her arms, her legs, asked her to reveal her back and her knees, looking over the skin, looking for something only he knew. Then he motioned for her to join the surrounding crowd. Jorran made a few steps towards Jon Karster. His examination took even longer, but the mage respectfully did everything he was asked to do and not a word left his lips.
“Don’t worry, little one. It won’t take long.” Jorran knelt near Lyoma. She looked a bit scared, but was staying strong and even smiled apprehensively.
Lorque saw it right away. The eyes. This is what he was trained for. But in no exercise, even the hypothetical ones, he has seen such amount of power, of corruption, of uncontrollable destruction. He managed to stay calm and continue the examination. Her skin. Brown-ish spots with green hue all around her back and shoulders. Her hair. Weak and receding. She has all the symptoms.
“Knight Lorque?” Westh called, asking for Jorran’s conclusion. All he managed to do was look at Jonathan and slowly nod. 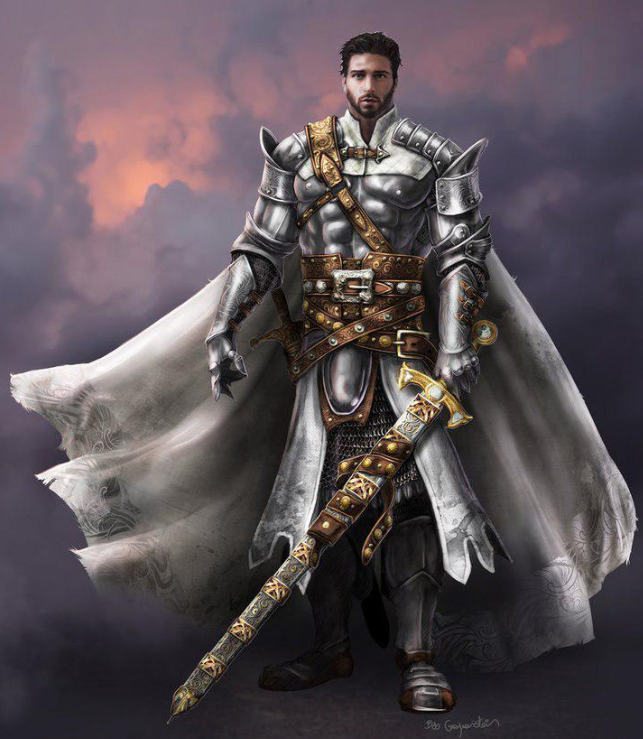 In all his years serving the Order, Westh fought the khatar in Red mountains, he traversed most dangerous swamps of Usheff, he dealt with a dozen renegade mages and even a few necromancers. But never was he as scared as now.
“Are you sure, Jorran?”
“She has all the symptoms.”
“Your training has prepared you for this moment! Is she sick? Yes or no?” Westh put his hand on the sword handle. Knight Jorran Lorque, pale as milk and sweating, nodded, terror in his eyes.
“I have never seen this level of Activity. If she is sick…” Jorran fell to one knee, but continued looking at Jonathan.
Westh unsheathed his sword and, in the same moment, heard Adar’s voice from behind his back.
“NO! JONATHAN!”
“I have to. I’m sorry. We have trained people to recognise the Silt. They are never wrong. It is for the greater good, Adar. I am so sorry.” Westh, with tears in his eyes, started moving towards Lyoma, who was still standing there, not really understanding what is happening. Seeing this tall man approaching her with a sword in his hand, she stopped smiling.
“Did I do something wrong, sir?”
“WESTH! STOP! TAKE ME INSTEAD! YOU CAN’T DO THIS!” Adar Miradan was struggling, screaming and crying, held in place by four men.
“I have to. I have to, Adar. I hope you will understand someday.”
Knight Lieutenant Jonathan Westh, with a gentle motion, plunged his sword through the little girl’s chest. Tears rolled down his cheeks, his hands shaking and his voice breaking. Lyoma stopped moving, her body slid down the blade and to the ground.
“I had to, Adar. I had to…”